Michigan is one of, if not one of the biggest consumers of IPA style beers in the country. It’s no secret that we as michiganders love our hops. However, there is a new style of trending beer on the market that fuses a rich, creamy mouthfeel, a tropical, fruit filled taste and still preserve that traditional IPA kick. I’m referring to, the New England IPA. NEIPA is basically a traditional IPA that is unfiltered, which gives it that cloudy appearance and creamy texture and is slowing becoming the style of choice among beer advocates

As a longtime fan of the New York Jets, its kills me inside to credit New England with anything, but  the sweet and rich taste that this style of beer gives off, it totally makes up for it (well, almost.) A Lot of you are already familiar with Old Nation M-43, coming in at 6.8 ABV and 65 IBU’s, the tropical taste on impact with your tastebuds followed by that bitter hop aftertaste completely balances bitterness of the brew, while maintaining the flavor and a soft, creamy mouthfeel for drinkability. Old Nation Brewing, Based in Williamston, Mi was struggling prior to the creation of M-43 but the overwhelming demand for the brew changed that and currently is one of the most sought after beers in the state. 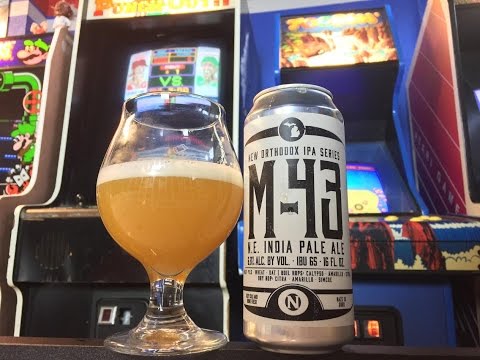 I had the opportunity to try two other NEIPA’s that you may not be familiar with, the first being Rochester Mills Beer Co, Juice Deuce and Grand Armory Brewing, Weezin’ the juice.

Weezin’ the Juice may be one of the only NEIPA’s that I’ve recently tried that I personally like as much, or dare I say, more than M-43. Coming in at  6.5% ABV 37 and IBU the sweet, hoppy aroma that this beer gives off before you even take the first sip is enough to please any true beer enthusiast, especially those who enjoy IPA’s. Followed up by the creamy consistency and smooth taste makes this a beer to be on the lookout for from your neighborhood beer store. Also, the psychedelic artwork is a nice addition to the beer, which instantly stood out to me in the first place.

Juice Deuce is similar, but more of a reserved taste and aroma than Weezin the Juice or M-43. Coming it at 8.5% ABV and 70 IBU Whereas the other two instantly have that instant strong fruity hop aroma, this one takes a more subtle tone, a good beer if you’re just getting into IPA’s. Otherwise, the cloudy appearance and tropical aroma definitely makes this beer worth the sip.

New England IPA’s have definitely been on the rise over the past few years, last year, New England IPA was officially recognized by the brewers association as an official beer style. When it comes to competitions, you can expect that we will definitely start seeing a trend of this style over the next few years.